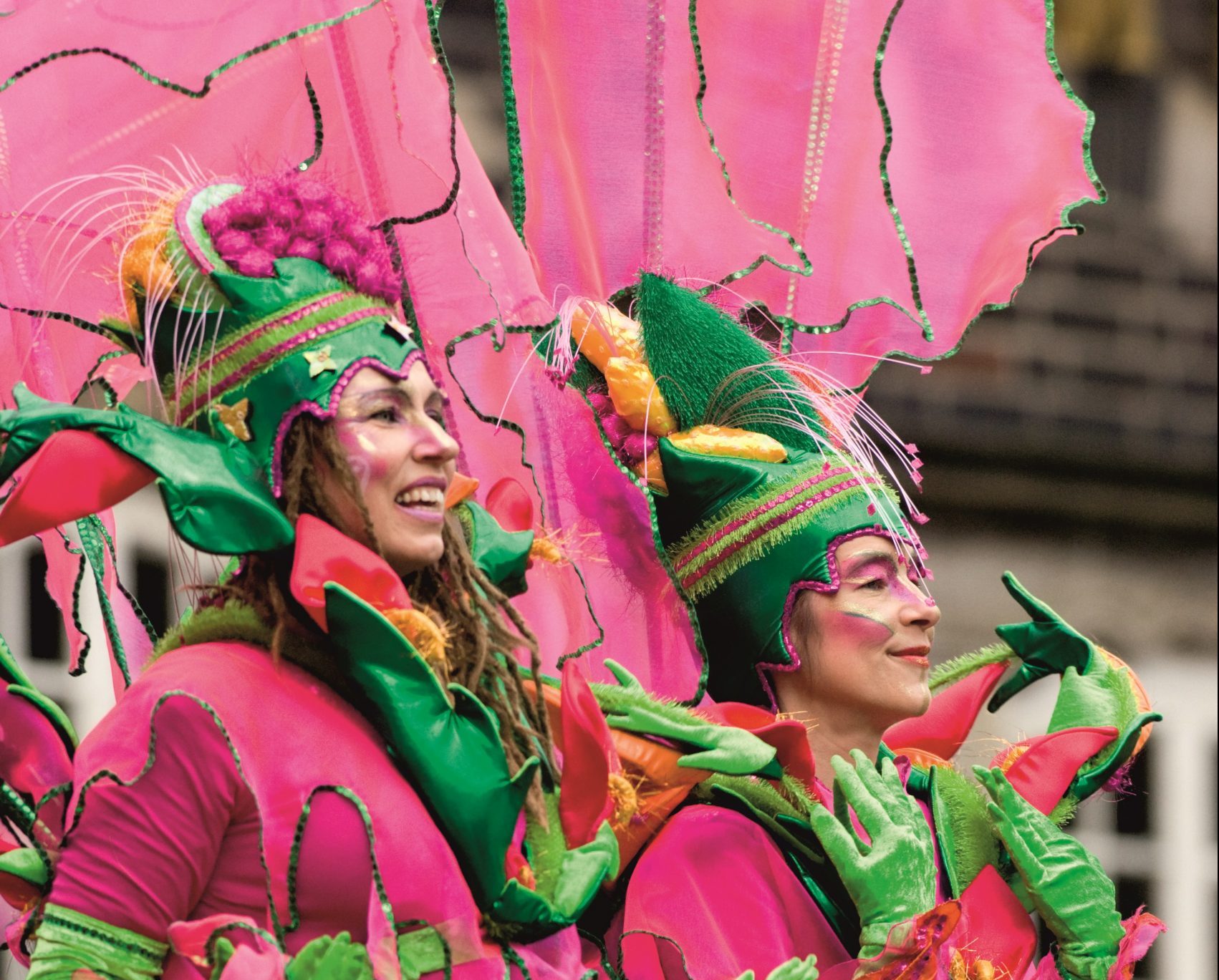 Carnival, which is also known in Cologne as “Fastelovend”, is celebrated mainly during the period between New Year’s Day and Ash Wednesday. But in Cologne the beginning of the new Carnival session is already celebrated on the 11th day of the 11th month at precisely 11:11 a.m.

On a big stage in the traditional city centre, the session’s designated triumvirate (the Carnival rulers — the Prince, the Peasant and the Maiden), still wearing their civilian clothes, present themselves to the public for the first time. The climax of Carnival in Cologne is the six-day street carnival in March known as the “Crazy Days”. A visit to Cologne during these days is highly recommended!