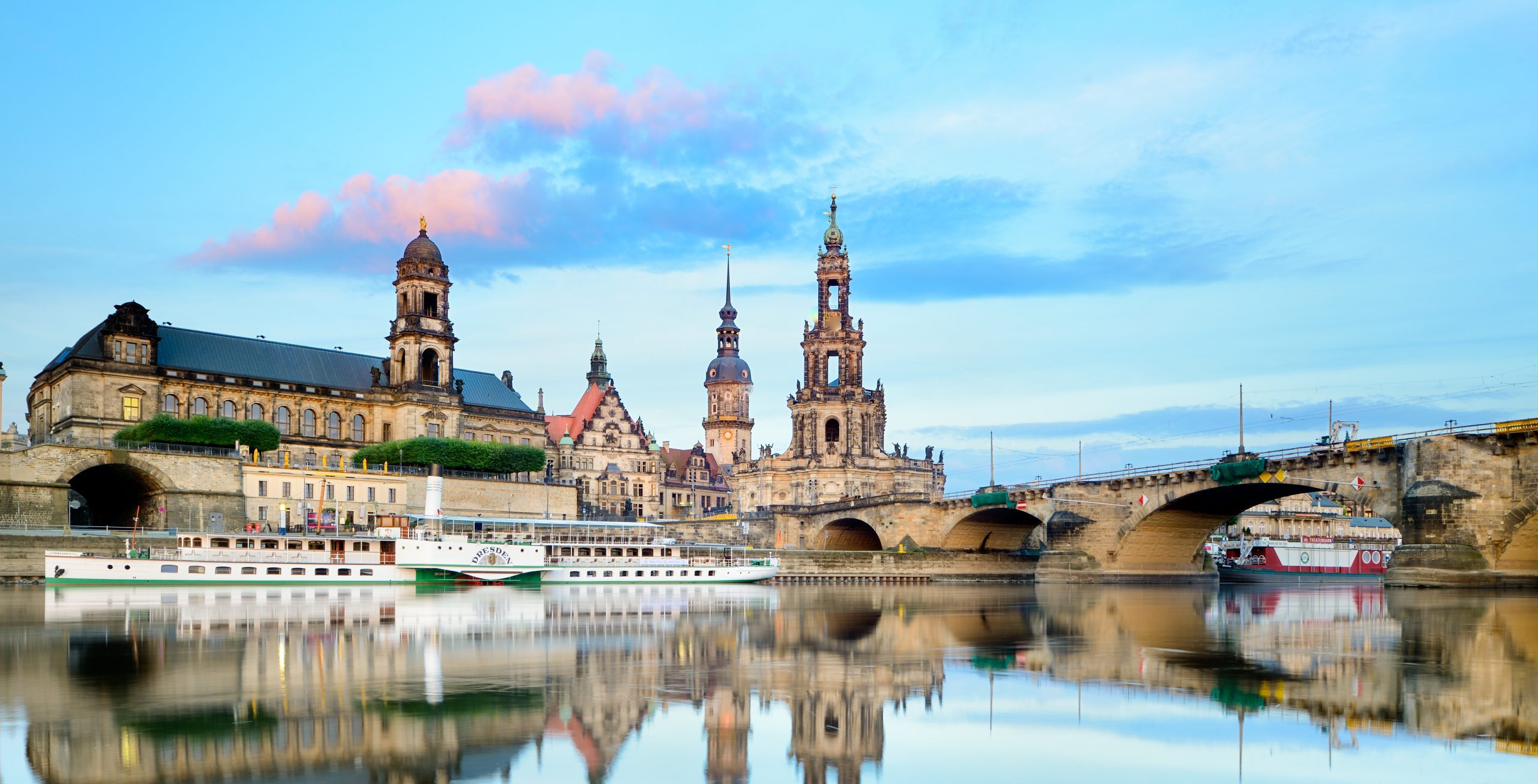 The Elbe and the gently rolling landscape between Saxon Switzerland and Meissen determine the nature in which the city on the river is embedded. The climate is equally beneficial for the development of the arts and for viniculture. The inhabitants are known for their own special charm, Saxon hospitality is proverbial. At the same time Dresden is a modern city with the flair of the former Saxon residence – simply a place with life style. Dresden is a city of art and culture with magnificent buildings, many museums of world class as well as venues and ensembles with a rich tradition of theatrical and musical history.

Dresden offers attractions in great variety. No book about the history of architecture can miss mentioning the Dresden Zwinger. The Frauenkirche Church, Semper Opera House and Royal Palace as well as many other historical monuments and ensembles determine the image of the city. The saucy angels from Raphael’s „The Sistine Madonna“ make publicity for Dresden’s art collections in the whole world. Magnificent promenades on the bank of the Elbe, interesting museums and institutions, industrial monuments, charming details – Dresden has a lot for you to discover!

Did you know that Dresden was built according to a baroque model but already in the very end of the baroque period? Actually Dresden looks so splendid because of the desire of the former emperor „August the Strong“ to let the city represent that period which to him seemed the only true one to replicate.

Dresden’s baroque buildings were formed in the late baroque period and furthermore show up in different styles: either in a special German style (e.g. Palais im Großen Garten), sometimes in the completion of the Roman High Baroque (e.g. Dresden Zwinger, Catholic Court Church), sometimes in the style of Baroque chinoiserie (e.g. Japanese Palace, Pillnitz Palace) and sometimes in a pre-classical expression (e.g. Blockhaus).

Other surviving examples of Dresden’s baroque architecture include the Taschenberg Palace, the Church of Our Lady, the Cosel Palace and the Kurländer Palace, as well as the Baroque House in the Neustadt district. Important baroque buildings and gardens in the surrounding area of Dresden include Moritzburg Palace and the Großsedlitz Baroque Garden.

For all you MICE planners: a special ambiance is guaranteed in the many castles of Dresden or in one of the baroque buildings. You will definitely feel royal in Dresden.