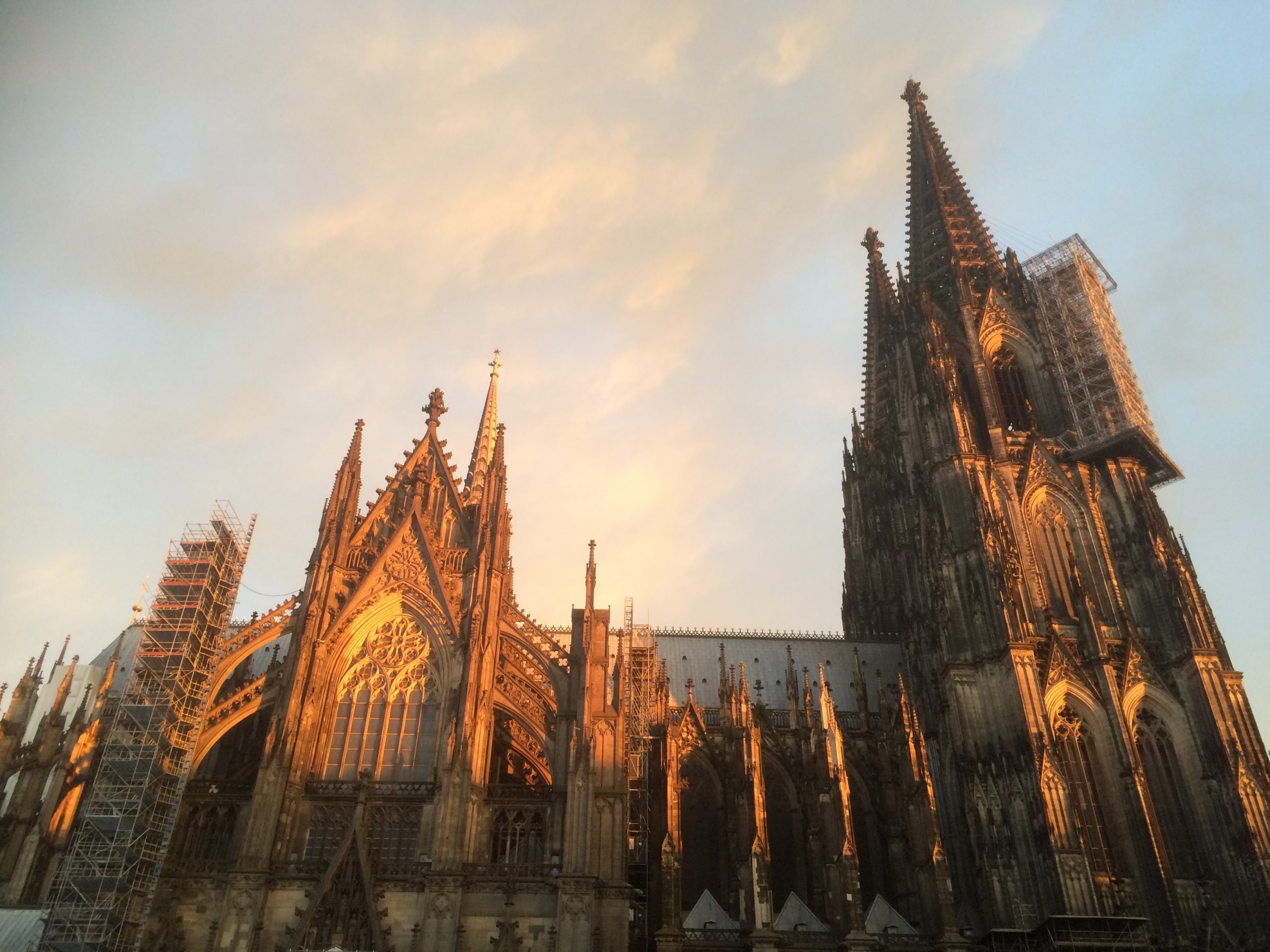 Cologne Cathedral towers proudly over Cologne’s city centre. It is the first thing you see when you arrive at Cologne Central Station. Religious meetings have been held on the site where the cathedral now stands since ancient times. It served as a religious meeting place under the Romans, for there was already a bishop in Cologne around 300 AD. At that time, the cathedral did not have its present form; it was probably more of a church or chapel within a residential building.

It has a high significance for the veneration of relics: the remains of the Three Wise Men are supposed to lie here. They were brought by Archbishop Rainald von Dassel in 1164.
As you can imagine, this event made Cologne Cathedral one of the most important pilgrimage sites in all of Europe. Naturally, a new, extraordinary architecture was needed!

The gothic cathedral was modelled on the cathedrals of Paris, Strasbourg and Amiens. Construction began in 1248, but was interrupted in the 16th century – for almost 300 years! The city of Cologne had no money.

It was only in the 19th century that construction works were continued with the help of the Prussian ruler Frederick William IV and finally completed in 1880. 632 years after the first foundation stone was laid! To this day, Cologne Cathedral is a „permanent construction site“. Although it largely survived the damage of the Second World War, it still had to be renovated afterwards. Today, the damage is compounded by exhaust fumes and high levels of air pollution.

A guided tour of the cathedral and an ascent of the tower are worthwhile. A visit to the cathedral treasury is also highly recommended. Since the 9th century Cologne is famous for it’s precious treasury of the church. Since 1212 the items have been stored in the “Golden Chamber” before a new museum has been built and the treasures can be visited in a new ambiance.

You should definitely visit the cathedral when you are in the city, even if it is only to take a photo on the cathedral plate or stairs in fronto of the building. After all, it is THE landmark of Cologne!